Residents of the country find themselves having to deal with increasing auto thefts alongside the deadly COVID virus. Multiple reports suggest that different parts of the country are witnessing a fluctuation in auto theft rates. With a high number of motorists staying indoors, the pandemic is providing a perfect climate for carjackings. In numerous cases, with motorists following the stay-at-home orders, they remain oblivious to the fact that their vehicle has been stolen. Interestingly, some trends also show a decrease in auto thefts. Notably, Dallas and Chicago.

As auto theft rates are on the rise, authorities have been adept in responding to this increase. LoJack, a popular stolen vehicle recovery system brand, published its recovery report for May. The report suggests that there has been a considerable increase in total recoveries when compared to the same period last year. The top increase in recoveries has been in California-35%, Washington-25%, and Colorado-20%.

Consistent Decrease in Auto Thefts Before the Pandemic

There was good news for motorists in the country earlier this year, with a significantly consistent drop in auto theft rates over the last two years. Auto thefts in the country had dropped to a low of 686,603 in 2014. This rose to 772,943 in 2017 before dropping to 748,841 in 2018. This figure had further decreased in 2019. Among the ten places with the highest auto theft rates in the country, four are in California, namely Bakersfield, Merced, Modesto, and Yuba City. 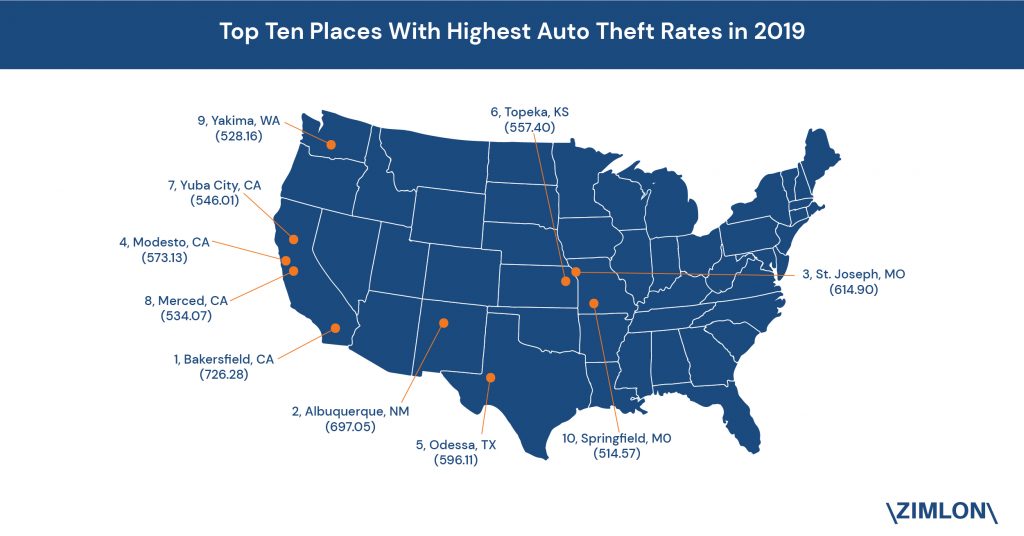 This report also indicates that a fair number of these thefts occur due to the driver’s carelessness. Between 2016 and 2018, 229,339 thefts occurred when the driver left the key inside the vehicle. Meanwhile, according to the National Insurance Crime Bureau’s latest findings, in 2019, eleven states in the country saw an increase in auto thefts compared to the previous year. Missouri, Texas, Arkansas, and Nebraska are among these eleven states.

How do you protect your vehicle from being stolen?

Sometimes, an essential awareness of your surroundings could help you protect your vehicle. NICB also recommends that drivers follow four layers of protection to safeguard one’s car from auto-theft. Namely:

Anti-theft devices not only help in keeping your vehicles safe but can also help in garnering discounts on auto insurance. This reduces the risk of being covered by the insurer. The value of discounts that these devices fetch depends on the state in which the car is insured and a few other factors. 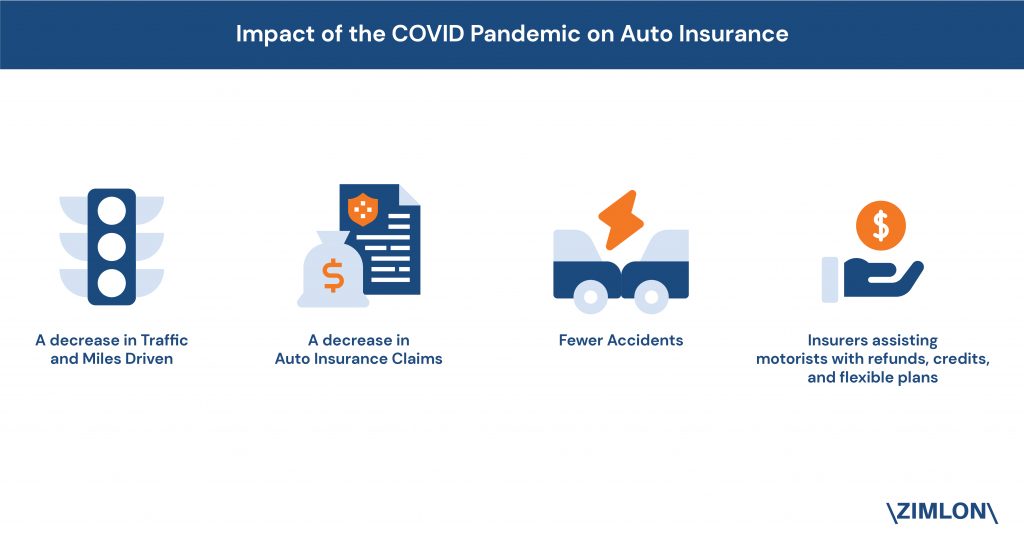 GPS devices are mighty helpful in tracking the location of your vehicle.

Car-lock systems can vary according to the size and model of the vehicle. Here are a few foolproof ways of keeping your vehicle safe.

Disklabs Faraday Bags: While technology has improved by leaps and bounds to include advancements like keyless entry, this could also be detrimental to the safety of one’s vehicle. Protecting the key in metal-lined pouches provides additional security for your key.

CCTVs are equipped to protect your household from intruders; Dashcams serve a similar purpose in cars. Here are some of the best dashcams in the market that are provided to make your ride safer.

Zimlon aims to help consumers find insurance quotes at affordable rates. While insurance companies provide discounts to good drivers and students, improving the vehicle’s safety can also help in garnering discounts. According to Zimlon’s research discounts, anti-theft devices will range from 15 to 20 percent of your comprehensive coverage.

Zimlon is a data-driven insurance research enterprise dedicated to helping property owners choose the best insurance agency according to their needs. It keeps an eye out for various factors that could affect property insurance rates.