The Empire State is so much more than the Big Apple, even though people first think of it when considering moving to New York. The new York state jas almost 55,000 square miles and includes some of the most populous metro areas. Also, the state has some of the best small towns and incredible mountain ranges. All of this proves that New York state is for a good reason, one of the top choices of Americans who move. So, if you are thinking of moving, you should consider our list of the best places to live in New York state. 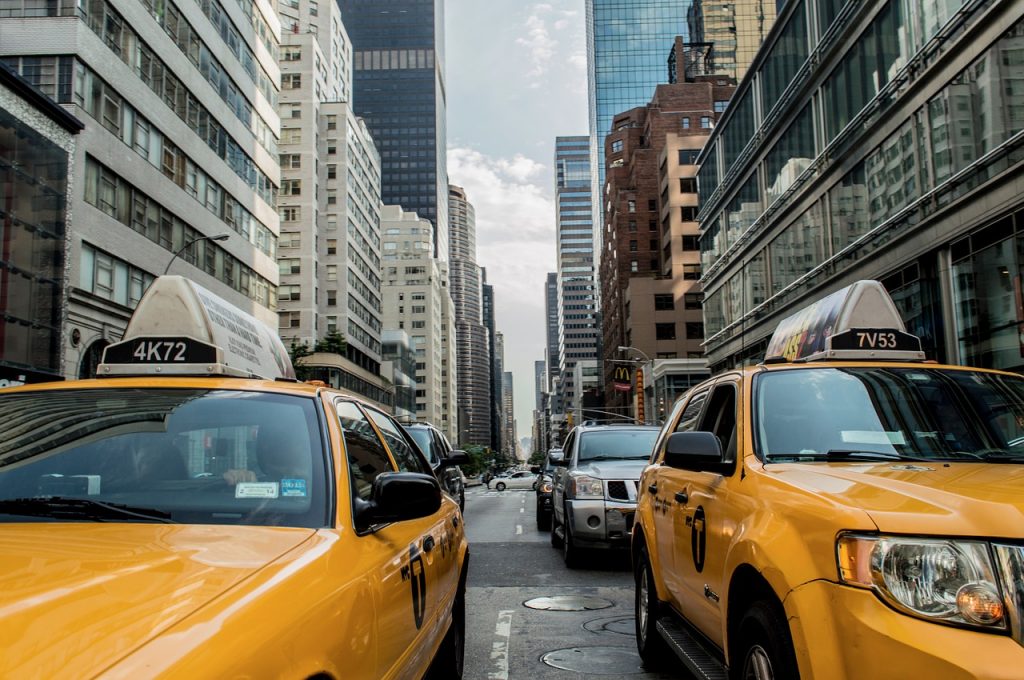 Rochester is a metro population of more than a million people. It has a perfect location – next to Lake Ontario. It’s far away from NYC – which allows it to have a unique atmosphere. It’s one of the best places to live in New York state for many reasons. The overall excellent quality of life attracts many people, especially those with families. Good health care and education systems, and general well-being of Rochester’s residents make it a great place to start and grow your family.

When it comes to crime rates, this city is safer than most of the cities in the state. And what’s best about living here – the people are kind and friendly. The community is more welcoming and polite, compared to the other downstate locations.

If you are thinking of purchasing a home, you’ll love Rochester. Median house price is $135,042 – which is much lower than the national average. Median monthly rent is $848, which is also quite affordable.

If you are worried about the weather, don’t be. Rochester indeed has some cold winter, but that doesn’t seem to be the problem for schools and other facilities. Summers are incredible here – warm, but not too hot, up to 25 degrees C.

Located on the bank of Hudson River and 150 miles away from NYC, Albany has become one of the popular places to move. But why it’s one of the best places to live in New York state? Well, even though it’s a combination of two metro areas that mainly industrial and attract people for work, it’s still managed to be a lively city with a lot of residents. It has a metro population of 881,862, with the median age 40.

The capital of the New York state has a very strong job market, and the unemployment rate just over 3%. Also, another reason why it’s rated one of the best places to live in New York state is a low crime rate, as well as a good-quality health care system. When it comes to education, check out some of the best schools in Albany’s metro area, and you’ll find the perfect one for your child. 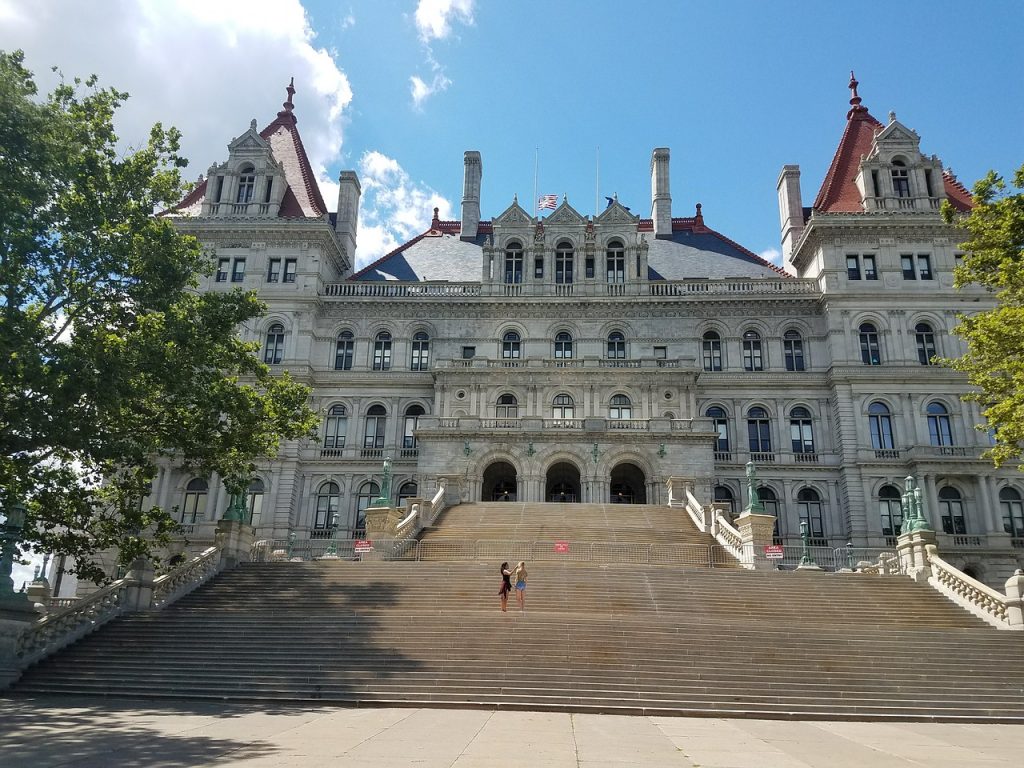 Buffalo has been the industrial center in the early 20th century. Even though it’s not like that at the moment, it’s still one of the favorite places to move. Its metro population is slightly bigger than in Albany – 1,136,670.

The job market is strong, even though it’s not as attractive as in some other areas. The median annual salary is just below the national average, whereas the unemployment rate is 4.7%. However, what’s good about living in Buffalo is the affordability – with 11th ranking on the list of 125 metro areas in the country. So, even though its economy was in decline after the Great Depression, Buffalo has become stronger in recent years.

If you are a person who enjoys a local-feel place, you’ll love moving to Buffalo. Residents enjoy local restaurants and pubs and gather there very often. Everyone is more polite and friendly to each other, and it’s easy to go around the town. Furthermore, Buffalo’s residents can enjoy amazing skiing locations during winter, very close to their home.

It’s difficult to talk about the best places to live in New York State without mentioning the Big Apple. It has one of the largest metro populations in the country (over 20 million live here and they speak over 200 languages!). There are many reasons why people won’t choose NYC to live there – one of them is living costs. It’s one of the most expensive metro areas in the country, but there’s much more that this city offers that you will enjoy. Apart from being expensive and often crowded, it’s one of the top places on the desirability list. 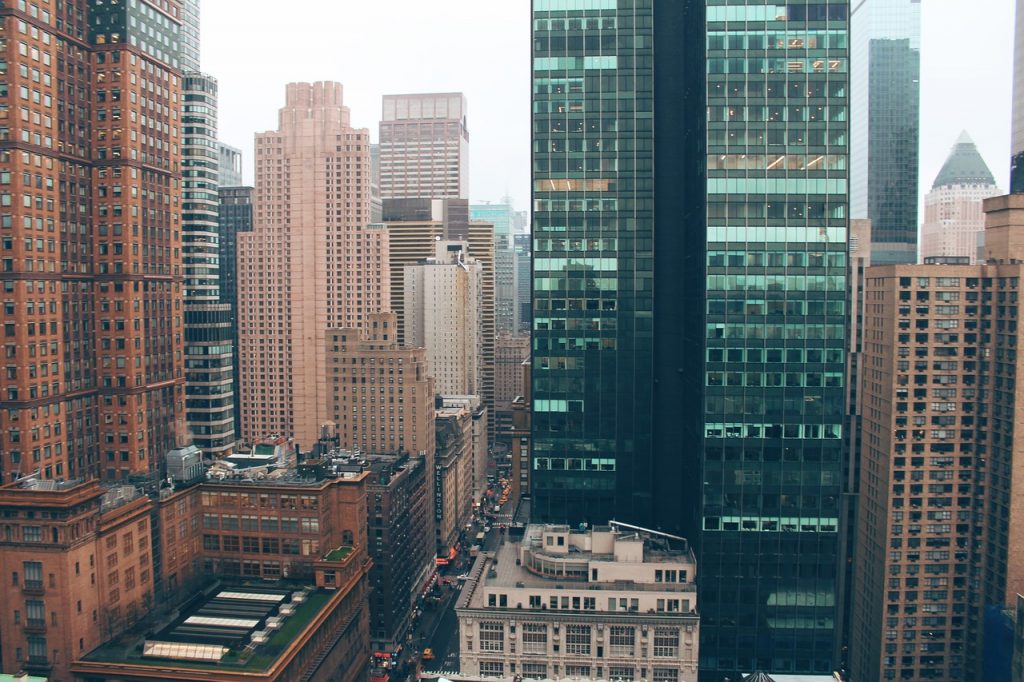 Some basic facts on living in NYC – the median home price is $386,862, whereas monthly rent is $1,345 – both over the national average. When it comes to salary and work, the annual average is $63,079, and the unemployment rate is 4%. The good thing about living in NYC is that it offers a lot of amazing business opportunities and entertainment options. People love it for the 24/7 lively atmosphere and diversity. It’s difficult not to love NYC!

If you’re worried about relocation to one of the busiest cities in the world, don’t be. You should know that relocating in Westchester is a simple process if you hire the right moving company. Local movers know all about these neighbourhoods and will make your move smooth and easy, without you worrying about every detail. Also, if you learn how to save money on your NYC move – there won’t be any problems.

If you consider moving to some of the best places to live in the New York state, you need to have a proper plan. Make sure you calculate your moving costs properly in order not to spend more than it’s necessary. Also, when preparing your belongings for a move, be sure to reduce the number the items you’re moving. Often, our homes include a lot of items we don’t use or need, so relocation is the perfect chance to get rid of them. This way, you’ll need less time to pack, and your moving costs will be significantly lower. Lastly, don’t forget to hire someone professional to help you relocate to New York. Moving can be stressful when you don’t know your new hometown, so getting help from an experienced local is very useful.

In the end, it’s only up to you where you’ll find the perfect home. Yes. Choosing one of the best places to live in New York state is a plus, but you should choose according to your lifestyle and needs. If you take your time and listen to your heart, we’re sure you’ll find a perfect home in no time. Here are some tips on choosing the apartment – we’re sure they’ll come in handy.